Convert all Character variables to Factors

First, let’s load up what we need!

When dealing wth complex datasets, it is common that a variable may be stored as a character variable, when in reality what you want is a factor variable. On the surface, these two constructs look very similar:

However, underneath they are treated quite differently. Behind the scenes, the factors are actually stored as integers with a special lookup table called their levels, which can be seen if we print the variable individually:

We can also see the hidden numbers by converting this to numeric:

The first element, Cat is associated with the first level, so it is stored as a 1, the third element is also Cat, so it is also stored as a 1. The fourth & fifth are both Mouse and so they’re stored as 3, indicating to use the third level.

Most statistical operations within R that can act on a character variable will essentially convert to a factor first. So, it’s more efficient to convert characters to factors before passing them into these kinds of functions. This also gives us more control over what we’re going to get.

This conversion makes many processes that work with characters a bit slow. If you’re wanting to do 20 functions on a data set and each one needs to convert your characters to factors internally before doing what it needs to, it’s clearly much faster to manually convert once before using these functions.

Factors also take up slightly less space in your system’s memory. In R, this is approximately half the space of a character, however the way R stores this kind of data is surprisingly efficient. It’s definitely a good habit to get into if you ever want to move onto less efficient storage methods.

Above, I used the factor() function to quickly convert a single character variable to a factor variable. But what about if you’ve got a large dataset with many, many character variables that you want to convert to factors. What’s the smoothest way to do this?

First, let’s create a large dataset, we’ll loop through a bunch of columns. We’ll use Fry’s 1000 Most Commonly Use English Words, as found in the sw_fry_1000 dataset from the {lexicon} package to choose random words for each variable. We’ll also throw in some numeric variables to make things harder:

The generation of this data is actually rather clunky as it’s using a loop, and we’re going to avoid that. Instead, we’re going to turn all these characters into factors in a single line. Here’s the line of code which will update the dataset, followed by the explanation:

With {tidyverse} processes, the key thing we’re trying to do is build a “sentence” explaining what we’re doing. Here’s our expression, followed by the English sentence equivalent

And as if by magic, all of the characters are now factors (note the <fct> under the variable names).

The above code uses five functions, and an operation to perform the action. We’ll dig down into the functions and then climb back out as their results are processed: 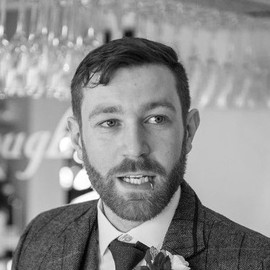 I am a Data Scientist, PhD candidate and Educator.